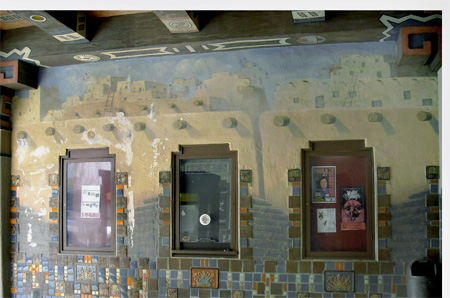 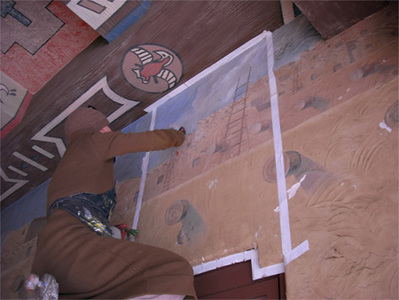 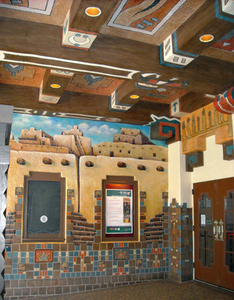 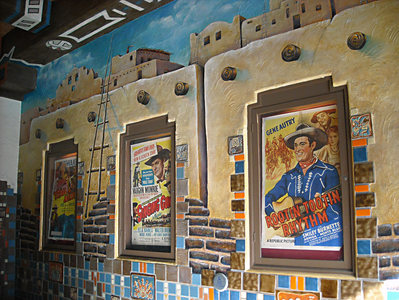 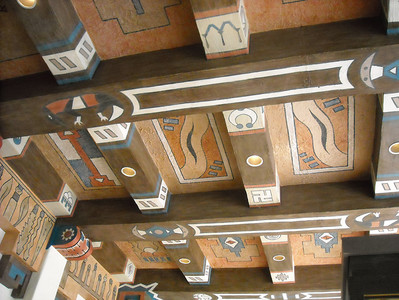 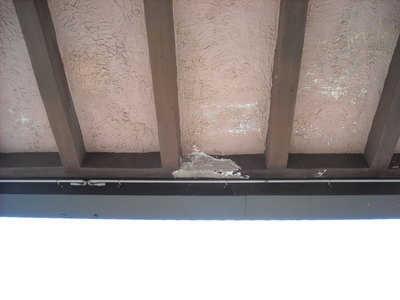 KiMo Theater
Marquee: underside - before restoration
The original motifs had been painted over and the original faux wood beams were painted solid brown 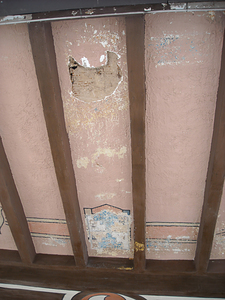 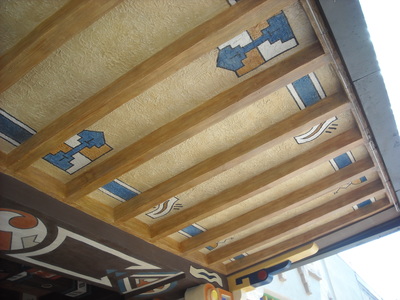 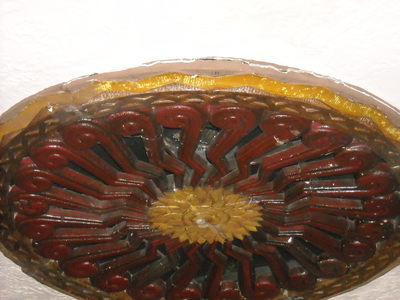 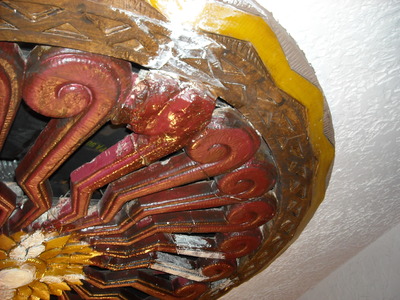 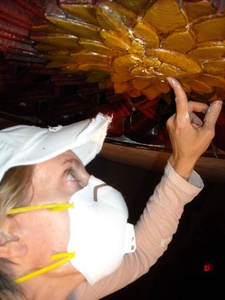 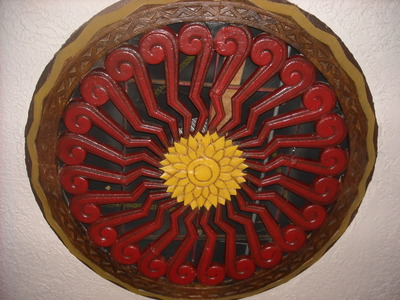 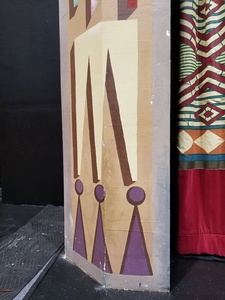 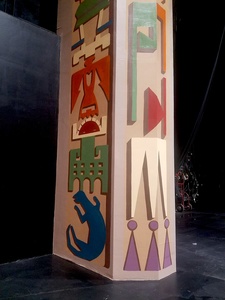 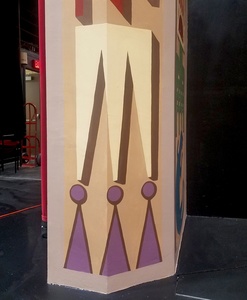